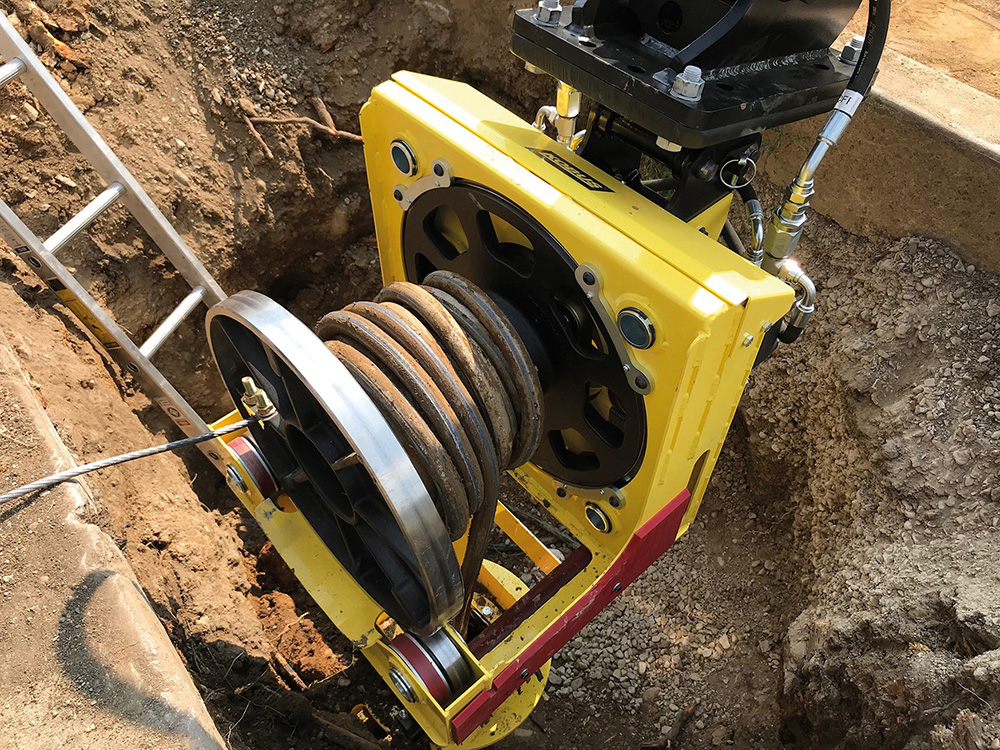 Simon Drain, managing director of UK utility supplier Kobus Services Ltd, shares how innovative pipe pulling technologies are being successfully deployed in the United States to not only repair and replace old lead utility pipes, but also ensure they are removed from the ground.

Much utility infrastructure in most Western industrialised populations is very old – over 100 years in many cases – and needs repairing or replacing with modern pipe materials. Ageing water infrastructure is causing a rise in leakage and places challenges on water companies to provide the best quality drinking water.

We know, in the UK, the Environment Agency issue Regulatory Position Statements (RPS) which must be adhered to when dealing with decommissioned pipes (RPS 8). Decommissioned pipes are considered environmental waste if left in the ground unless certain procedures are followed:

Your activity meets the description set out in this RPS

You comply with the conditions set out in this RPS

Your activity does not (and is not likely to) cause environmental pollution or harm human health.

This environmental waste also has a scrap value if recovered for recycling which reduces costs.

Why this is important?

Decommissioned pipes are a potential source of contamination to the surrounding ground, and in the long term to the water table, as well as contributing to environmental pollution. This could be in the form of metal pipe corrosion or lead contamination from the lead pipe.

In the United States, the problem is acute. It is estimated there are around 7 million lead pipes, totalling 65,000 miles of lead. If the average size of lead pipe is” (internal bore), this has a specification of” 11lbs lead pipe.

The environmental pollution aspect is significant and leaving them in the ground also undoes the good work of taking faulty, under-performing or dangerous pipes out of commission.

Pipe pulling removes the old pipework from the ground thereby eliminating the potential environmental pollution, as well as enabling the recycling and scrap value recovery of the old pipe.

Decommissioning of old pipes would not then be bound by the RPS8 rules.

Kobus Services, a firm specialising in utility pipeline replacement technology, has launched its 400 Series Pipe Puller, which delivers a state-of-the-art solution for quickly and effectively removing and replacing service pipes.

The system requires two excavation holes, no larger than 1m x 1m, to extract an old pipe while towing in the new replacement. Up to 25m of galvanised iron, copper, lead or poly pipe can be easily replaced in a single pull (for diameters up to 1 in).

The 400 Series Pipe Puller is mounted on a mini excavator and operates from the auxiliary hydraulics. It provides greater pulling power and efficiency improvements for contractors. The unique spool design makes removal of the pipe from the spool after extraction quicker and easier, while the rotatable foot means the puller can be positioned in any direction to suit excavator access.

The 400 Series Pipe Puller, already in use in five states in the Mid-West and being displayed for the first time at the No Dig Show in Chicago in March 2019, can replace all types of service pipes, including galvanised iron, much faster than more traditional methods. It is ideal for cross road applications and replacement programmes.

With several new features and capabilities, it has been designed in partnership with some of the UK’s leading utility companies, and will bring economic, logistical and business transforming benefits to contractors using it.

And the recycling economics?

In the US alone, with just one foot of lead pipe weighing 11 lbs or 5 kgs and is 15 metres in length, this equates to an astronomical 3.8billion lbs of lead (1.72 million tonnes). The average scrap value of lead is approx. US$ 0.75 per lbs (£1,350 per tonne). Therefore, the potential scrap value of lead pipe to US contractors alone is worth $2.5 – 3bn.

Do we want to leave this in the ground to pollute the environment when it is has a US$3bn scrap value alone?

Find out more at www.kobuspipepuller.com.