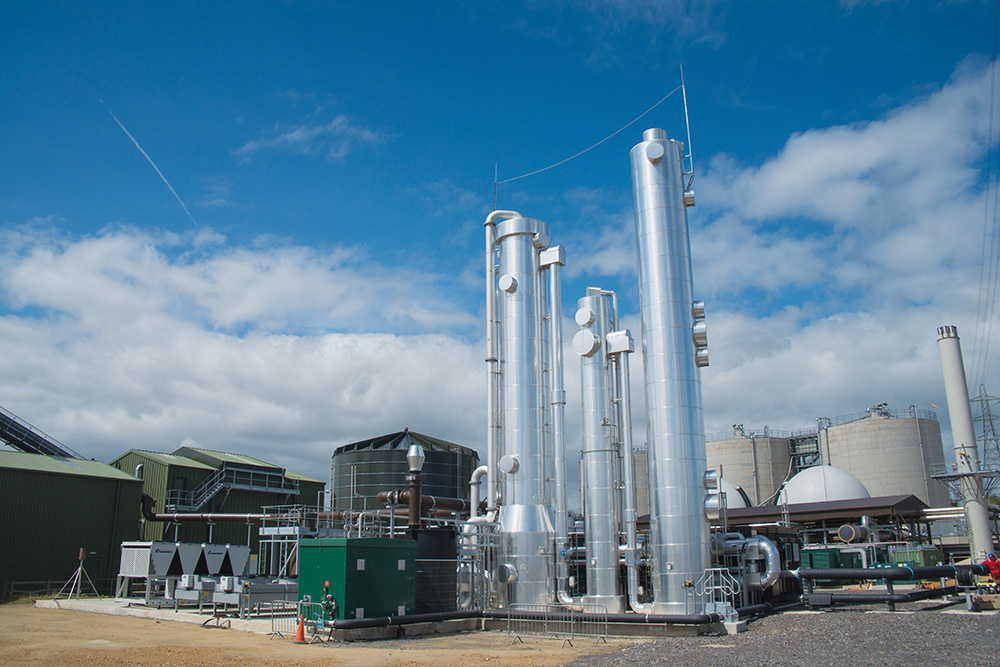 Northumbrian Water is the only wastewater company in the UK to use 100% of its sewage sludge (the left over material at the end of the wastewater treatment process) and convert it into gas and electricity – so literally producing power from poo!

The ‘Power from poo’ production, more formally known as Thermal Hydrolysis Advanced Anaerobic Digestion (AAD), started in 2009 with the company generating electricity and furthermore, a second plant followed in 2012 where it began to produce electricity. In 2015, the company invested further in a gas cleaning plant to clean the gas from the AAD process and produce high quality gas at one of their site’s, feeding directly into the National Gas Grid so meaning customers were now cooking on poo.

Northumbrian Water’s pioneering plants at Howdon on Tyneside and Bran Sands in Teesside, have seen a huge level of investment over the years, including £75 million in Thermal Hydrolysis AAD.

The Howdon plant is the company’s largest sewage treatment works and treats up to 12,000 litres of wastewater from customer homes and businesses every second. Its £8 million gas to grid plant is the biggest of its kind in the industry, with work well underway at its sister plant, Bran Sands, to create a gas to grid plant there too as part of a £10 million investment.

The industry-leading ‘Power from poo’ process has transformed sewage sludge from being a waste product that needed a lot of energy to clean up before it could return to the natural environment, into a fuel being used to produce green energy. The innovative process is cutting the company’s annual operating costs of around £9 million and delivering a significant cut of more than 20% in the company’s carbon footprint.

Northumbrian Water’s Head of Wastewater Treatment and Bioresources, Richard Murray, said: “We’re proud to be able to produce gas and electricity with more than 20% of our total power now from renewable energy sources, including hydropower at our treatment works and reservoirs like Kielder Water.

“Our customers can be reassured that we’re doing all we can to use the waste they flush down the toilet as a fuel and turn it into renewable energy, which can then be used to light their homes and cook meals.

“Innovation is at the heart of everything we do here at Northumbrian Water and we are proud to be leading in this innovative approach to waste management.”

The Thermal Hydrolysis AAD process involves pre-treating the leftover sludge and heating it in something similar to a giant pressure cooker to around 165 degrees Celsius under six bars of pressure.

This process destroys any pathogens and breaks down the cell structure, which is then fed to billions of bacteria in giant digester tanks, making it easier for them to eat.

As the bacteria eat the sewage sludge, they release methane and carbon dioxide gases, which is similar to a person burping and letting off wind. These gases are collected in huge 11-metre diameter sized golf ball-like biogas storage bags, before being burned in a gas engine, which then produces nearly ten megawatts of electricity, equivalent to about 35 million kWh per year, or is fed into the gas into grid process.

The gas to grid process is more efficient than electricity production. As with natural gas the artificial odour chemical Butyl Mercaptan is also added giving it the characteristic gas smell so it can be detected for safety.

Any waste heat and steam generated from the overall process is also captured and recycled for use elsewhere across the company’s operating sites.

This innovative ‘Power from poo’ technology is helping Northumbrian Water to reduce about 300,000 tonnes of wet sludge from the treatment of domestic sewage and biodegradable industrial effluent from a population equivalent of about four million, to about 100,000 tonnes.

It also means less energy used for transportation of sludge for the company, leading to significant carbon savings and what remains of the 100,000 tonnes of sludge afterwards goes back onto local farmland as an enhanced biosolid fertiliser.

The industry-leading transformation of energy-intensive waste products, into renewable energy is just another innovative approach Northumbrian Water are taking. Who would have thought you could be cooking at home using power made by poo?