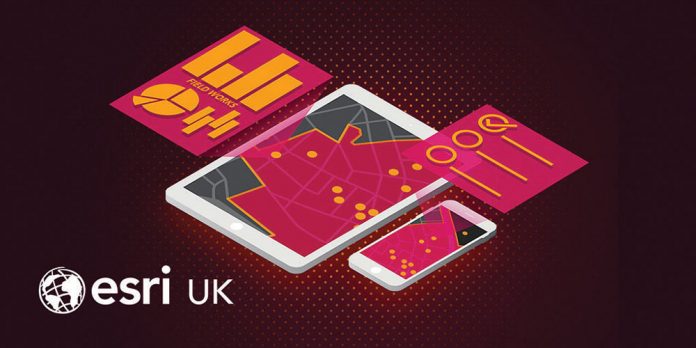 Esri builds the world’s most powerful mapping and spatial analytics software. In the process, this global market leader in geographic information systems harnesses the concept of location, location, location to drive both efficiency and digital transformation for its clients

Since Anglian Water launched its Keep It Clear behaviour change programme in 2010, aiming to change the way people dispose of FOG and non-flushable material, they have reduced incidences of sewer blockages by more than 40% in targeted areas.

The largest water and wastewater company in England and Wales geographically, with more than six million customers and 5,000 members of staff in a patch covering 27,500 square kilometres, Anglian has a huge region of responsibility that stretches from the Humber estuary to the Thames estuary, and from Buckinghamshire to the East coast. Across the region, the volume of waste it deals with daily is enough to fill more than 300 Olympic-sized swimming pools.

The fact that the waste travels through more than 76,000km of sewers on route gave rise to the Keep It Clear behaviour change programme, with its overarching aim of transforming behaviours in a bid to end the 40,000 blockages each year that lead to pollution and flooding.

Key weapons in the armoury have been the deployment of the ArcGIS Operations Dashboard and Survey123 Online apps available within the Esri ArcGIS Geographic Information System (GIS) solution provided by ESRI UK. Flexible and user-friendly, the apps form a solution that has made the information gathering process markedly more efficient for Anglian Water staff on the front line and, as a result, enabled a much swifter identification of hotspots.

Dave Owen, ESRI UK’s Account Manager for Anglian Water, says: “These particular software solutions have been taken up widely by water companies for use in tackling real problems on the ground. “One of the main attributes is that the software is so flexible and configurable, clients can adapt it themselves to suit their own purposes – they don’t need to come back to use our expertise. ArcGIS is very popular because of that.”

In the Keep It Clear behaviour change programme, Anglian Water staff work with businesses, schools and households in areas exhibiting a higher than normal number of sewer blockages to identify the causes.

Ultimately the aim is to educate and to change behaviours. Originally the process involved working with ad-hoc tools and spreadsheets which was time consuming and error prone.. By way of contrast, using Survey123 allows the whole task to be completed within just the one app – an app that also works offline when there is no mobile signal.

The Operations Dashboard identifies increases and decreases in the number of blockages and is searchable by sewer type, the tool allows the user to read and interpret the data visually and monitor progress.

“In moving away from a largely paper-based process, Anglian Water also wanted a fully location aware solution and to improve the accuracy of the data recorded generally, reducing or eliminating the need to QA captured data before being able to interpret and respond to it”, says Dave Owen.

“The surveys uploaded help to identify factors such as the wrong type of things being disposed of down water pipes, such as fat and grease, but if there are repeated problems, the question will be raised whether a stretch of the infrastructure itself needs attention.

“Is something broken or starting to crumble? The information feeds into the company’s overall maintenance programme, giving an indication of work needed that could perhaps prevent a leak.”

Because problem areas are tracked in such detail, the resultant profile also offers up another valuable tool – the ability to do a cost and benefits analysis of different ways to solve problems identified.

Overall, the solution has enabled a significant improvement in Anglian Water’s ability to identify the causes and therefore reduce the incidence of sewer blockages, which in turn reduces the number of call-outs and the disruption from digging up roads. Ultimately this enables improvement in the service offered to customers.

To find out more about flexible and configurable out of the box solutions for digital transformation in the water industry, visit esriuk.com/water or contact Craig Hayes, head of Critical National Infrastructure at Esri UK on 01296 745599 or sales@esriuk.com.