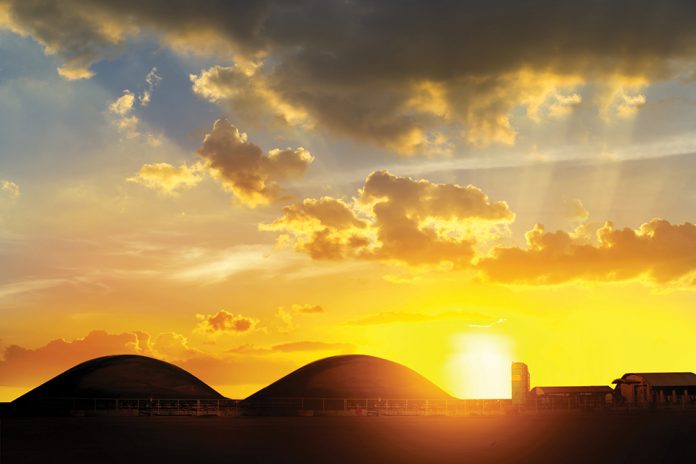 Charlotte Morton, Chief Executive of the Anaerobic Digestion & Bioresources Association (ADBA), gives her take on the possibilities around co-digesting sewage sludge and other feedstocks.

Stakeholders from the worlds of anaerobic digestion (AD), sewage-sludge treatment, and regulation have been discussing how to take forward plans to make the regulatory environment for co-treatment of sewage sludge and other feedstocks more reflective of the benefits and risks involved.

AD plant operators who would want to co-digest sewage sludge with another feedstock such as food waste would be likely to fall into the category of needing an environmental permit for landspreading, with associated permission from the Environment Agency (EA) for the deployment of digestate to land. ADBA sees this as a costly and inflexible approach as operators and digestate handlers may have to wait for permission to spread to land.

This inflexibility is partly why so little co-digestion has taken place to date, with the other main barrier being planning for farm and food waste plants to accept sewage sludge. Co-digestion has been a topic of discussion for decades but has gained impetus since Ofwat published its Water 2020 proposals and called on the industry to look again at making co-digestion work.

The benefits of co-digestion include reduced transport movements (currently food waste and other material may be travelling in a vehicle past a sewage treatment works, while sewage sludge may be travelling past non-sewage digesters), operational benefits, and maximising the throughput capacity of all existing digesters relative to building new plants.

There seems to be consensus that actions could be taken to improve the regulatory framework for co-digestion in a way that does not increase the risk to the environment. This would involve establishing protocols that would need to be in place and followed by the industry.

It would be important to ensure as part of this that there were controls in place to prevent the water companies using their competitive advantage in scale and ability to raise low-cost finance to subsidise the digestion of non-sewage material to the detriment of the wider industry. The water industry does not currently have a lot of spare capacity, and many have already approached AD operators to gauge their interest in accepting sewage sludge.

Work now needs to be done on what the permit for landspreading co-digested digestate might look like, particularly with the EA in the process of reviewing the regulatory approach to sewage sludge.

Additionally, while sewage sludge can be used as a feedstock for AD plants receiving the Renewables Obligation and Renewable Heat Incentive, it is not eligible for support under the Feed-In Tariff (FIT). Ofgem is yet to confirm whether sewage sludge could even be used in a plant receiving the FIT without payments related to the other feedstocks used over a particular period being threatened. We believe that energy support should allow co-digestion as a means of improving the efficiency of the UK’s total bioresource availability.

We’ll be discussing co-digestion and a range of other issues relating to AD and wastewater at UK AD & World Biogas Expo 2019, the largest international trade show solely dedicated to AD and biogas, on 3rd-4th July at the NEC in Birmingham. The Expo will feature the Food Waste & Water Theatre, which will include panel discussions on co-digestion, biosolids, and the role of wastewater in the circular bioeconomy. The Expo is free to attend and will be co-located with the inaugural World Biogas Summit, which will feature a range of high-profile international speakers discussing the latest developments in AD and biogas worldwide.

I hope to see you there to discuss how we can maximise AD’s contribution to treating wastewater in the UK and around the world.