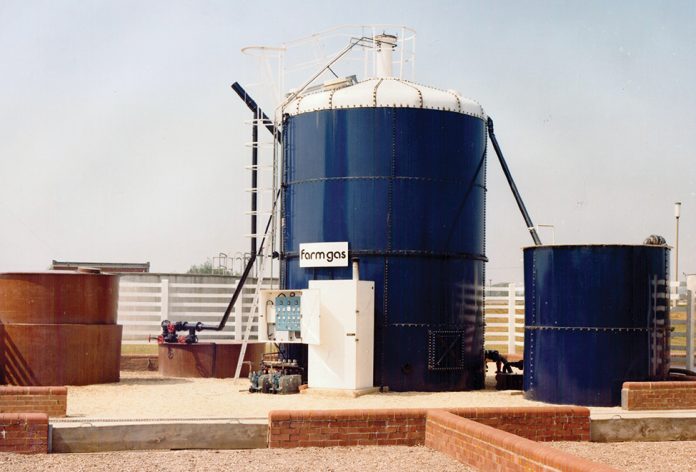 Anaerobic digestion (AD) is a process by which micro-organisms in the absence of oxygen break down organic material into biogas, which is approximately 60% methane and 40% carbon dioxide, and biofertiliser. Many such systems are run at a temperature in the region of 37 oc.

The UK’s waste water industry has harnessed the biogas produced from the biodegradation of sewage for more than 100 years, with numerous sources reporting that gas from a septic tank was first used to run a sewage gas destructor lamp in Exeter as long ago as 1895. By the late 1970’s, when UK agricultural anaerobic digestion was in its infancy, sewage works digesters were more established as a method of removing dry matter, with some systems in uninsulated tanks heated by diesel boilers, and biogas vented to atmosphere.

About this time, Gerald Noone, a senior waste treatment manager from the Severn Trent Water Authority, became interested in the more compact, efficient farm AD plants built by James Murcott and Michael Chesshire of UK company Farm Gas Ltd. Unlike the early sludge digesters which were built as one-off civil engineering projects, these insulated digester systems were largely pre-fabricated in a range of sizes, before being assembled on site, opening the possibility for their cost-effective use on smaller sewage treatment works (STW).

Severn Trent’s interest culminated in the construction of the UK’s first package sludge digester, built in 1980 by Farm Gas at Pitt’s Mill STW. Throughout the 80’s, Farm Gas continued to build these systems for Severn Trent and other water companies, becoming South Shropshire’s largest employer with over 100 people. The company was bought out by the newly privatised Anglian Water plc in 1990.

Starting in 1990, UK government incentives for renewable electricity generation helped to increase the number of AD plants, both within and outside of the water sector. This is because the biogas produced by the process could be utilised in a combined heat and power (CHP) plant to create renewable electricity. These incentives included the Non-Fossil Fuel Obligation (NFFO, 1990-98), the Renewables Obligation Certificates (ROCs, 2002-17) and the Feed-In Tariffs (FITs, 2010-19). The introduction of the non-domestic Renewable Heat Incentive (RHI, 2011-21) provided the economic impetus for larger plants to shift their focus to producing biomethane.

Water companies have taken advantage of these incentives, with a steady increase in the deployment of biogas technology over the years, so that by 2012, 75% of sewage sludge was processed through AD.

Ofgem’s yearly ROC reports, although not necessarily providing a definitive count of all the biogas plants in use within the water industry, certainly provide a good indication of the growth of the technology. The first ROCs report published in Feb 04 noted that there were 46 sewage ‘generating stations’ commissioned before 1 Apr 02 producing 44.9 MWe. During the next 8 years, this number increased significantly, with 147 sewage ROC stations producing 111.06 MWe in the 2009-10 ROC report.

At the end of 2017-18, the total capacity for sewage gas ROCs amounted to 175 plants producing 210MW, the third smallest technology behind tidal stream and wave power, with onshore wind coming tops at 11,774 MW.

Under the Renewable Heat Incentive, a biogas plant needs to be relatively large in order to economically produce biomethane: certainly in excess of 1MWe equivalent and usually larger. This is due to the significant capital cost required for the equipment that separates the biomethane from the rest of the biogas (known as upgrading), as well as the equipment required to inject the biomethane into the gas grid. The October 2014 Market Report from the Anaerobic Digestion Bioresources Association (ADBA) announced that, in addition to biogas plants producing electricity from sewage, there was now one sewage AD plant generating 750m3/hr of biomethane. ADBA’s April 2019 Market Report showed 10 sewage AD plants, generating 8,720 m3/hr of biomethane, a very impressive growth of such capital-intensive plant in a relatively short time-frame.

These figures may be impressive to water industry or biogas aficionados, but hardly capture the imagination of those producing the sewage – the great British public. Credit here goes to Geneco, part of Wessex Water, who launched the Bio-bug in 2010. Unable to find off-the-shelf biogas upgrading equipment in the UK, they imported some and used it in a VW Beetle Bug, chosen by local students because it is the ‘bugs’ who break down the sewage to produce the gas. The concept of the ‘poo-powered’ car which could run for a year on toilet waste from 70 homes, caught the imagination of the press, with the story reaching an estimated 80 million people worldwide.

As an arm of a water company, Geneco took another first-of-a-kind step by opening a food waste AD plant at Avonmouth in 2012, which allowed them to grid-inject up to 1900m3 of biomethane an hour from sewage and food waste through their upgrading plant built in 2014. In that same year, Severn Trent also commissioned their biomethane upgrading and injection facility on their Minworth (Birmingham) STW. 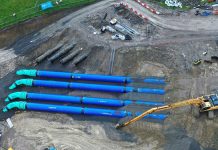 Region’s biggest plumbing job done on time, in a storm, despite COVID 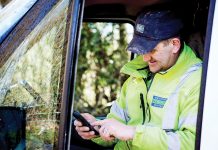