Coastal regions are becoming ever more at risk from damaging storms due to increasing storm magnitudes and rising water levels caused by our changing climate: studies have found that almost a quarter of the world’s beaches are eroding at rates larger than 0.5m per year.

At the same time, coastal zones have become heavily populated, with 15 of the world’s 20 megacities located on coasts – so ensuring the sustainability of seaside infrastructure is becoming ever more technically challenging in terms of both policy and investment.

In many areas, new coastal protection will be required to either replace existing obsolete defences or to protect new coastal areas. The high cost and aesthetic impact of many traditional hard engineering coastal defences such as seawalls makes them unaffordable or unattractive for many regions where development is minimal, and the highest standards of flood protection are not required – such as on undeveloped beaches. In such locations, soft engineering solutions which provide protection but minimise impact on natural processes and landscape are desirable.

Dr Chris Blenkinsopp, senior lecturer in Bath’s Department of Architecture & Civil Engineering and a member of WIRC, says: “Coastal regions are becoming ever more at risk from damaging storms due to increasing storm magnitudes and rising water levels caused by our changing climate. Protection solutions which are low cost and can be adapted as conditions change are almost non-existent at present.”

Studying a new sustainable and nature-based technique to face this coastal threat is the aim of the DynaRev project, which has been running at WIRC since 2017. Project researchers aim to investigate the performance of a ‘dynamic cobble berm revetment’, and its capability to protect the coast efficiently. The feature, a ridge of cobbles constructed around the wave runup limit, replicates naturally occurring composite beaches, which are one of the most stable types of beaches. Composite beaches consist of a lower foreshore of sand and a back-shore ridge of gravel or cobbles which stabilises the upper beach and provides overtopping protection to the hinterland.

The overall aim of the project is to investigate the stability of dynamic revetments under storm wave attack by comparing the response of the beach to a rising sea level and storms with and without a dynamic revetment structure in a large-scale lab experiment.

The laboratory work has been carried out in Hannover, Germany at the GWK large wave flume, which is over 300 m long and enables testing to be carried out at close to full-scale but in a controlled environment using a wide range of sophisticated measurement techniques.

The DynaRev project comprises three main work packages, which will focus on determining the performance of dynamic cobble berm revetments and their resilience in response to a range of wave conditions;

understanding wave transformation and the changing state of beaches under rising sea levels; and improving models which predict wave processes and their impact on beaches and coastal structures.

Comprehensive measurements of hydro- and morpho-dynamics and sediment transport were collected using a suite of instruments including Lidar arrays and RFID tagging of individual cobbles. The data collected is being used to not only investigate the stability and performance of a cobble revetment in energetic seas with a rising water level, but also undertake detailed studies of nearshore coastal processes including bar formation, energy dissipation in the surf zone, repeatability of wave-by-wave sediment transport and validation of multiple computational models.

While the DynaRev project is ongoing, initial results show that although the cobbles in a revetment can move individually, over 95% remained a part of the overall structure throughout testing, maintaining a high level of coastal protection.

Combined with observations of existing dynamic revetments in the US, the project’s results suggest that once the beach/revetment system approaches a state of equilibrium, its stability greatly increases, and the observed recession will slow or stop. Results also show that the presence of the revetment decreases the runup, and the risk of flooding and damage to the hinterlands.

With improved understanding of these issues, the testing indicates that dynamic revetments could provide a feasible alternative to traditional hard engineering structures in some coastal locations as they provide low cost, robust overtopping and erosion protection to the hinterland while maintaining some natural character. 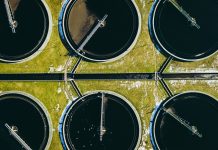 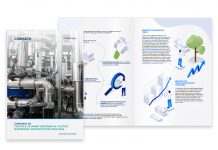 What role will Smart Metering systems play in the future? Get free White Paper! 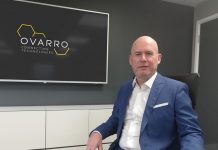