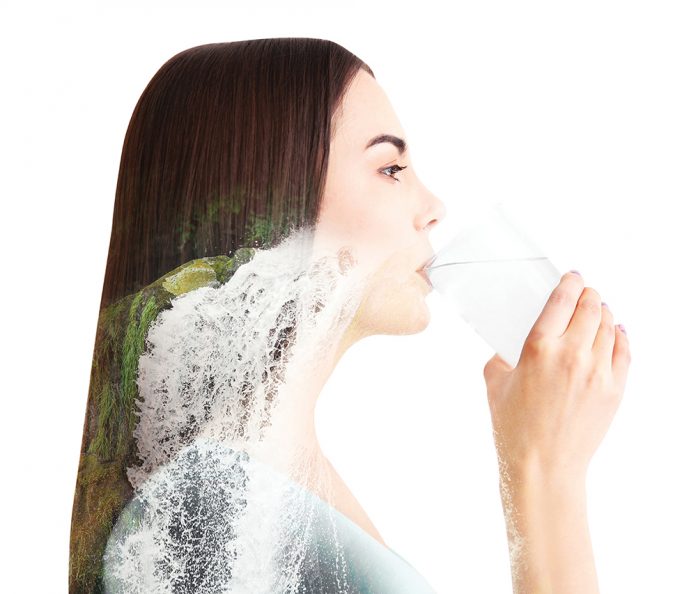 In this issue of the Water Industry Journal, we gain an insight into how colony counts are used to ensure we have wholesome drinking water on tap. Shaun Jones, Public Health Manager at Wessex Water and Chair of Standing Committee of Analysts for Microbiology, talks about drinking water colony counts.

“The provision of safe and wholesome drinking water is a principal objective of the water industry, such is its importance to the health and wellbeing of our society. Water companies invest massive sums of money and work tirelessly to achieve this reliably.

“With global statistics often attributing the cause of over half a million deaths each year to the consumption of water contaminated with diarrhoeal disease-causing pathogens like, cholera, dysentery and typhoid[1], perhaps the safety of drinking water supplies is more synonymous with microbiological quality than any other possible character.

“In England and Wales, we enjoy and almost take for granted our share of the 16,000 million litres of drinking water that somewhat underwhelmingly appears when we turn on the tap at home.

“Unlike elsewhere across the world, our drinking water is unlikely to make us sick and reaches an enviable regulatory standard that is greater than 99.9% compliant with the European Union (EU) Drinking Water Directive [2].

“Despite this, during 2017 over one million microbiological tests were carried out on public water supplies across England and Wales to verify its safety and compliance with regulations – approximately 2,900 tests every day.[2]

“These tests include for Escherichia coli, other coliform bacteria, enterococci, Clostridium perfringens. In addition to these tests, drinking water microbiologists also determine colony count – the subject of this very article.

“Out of all the drinking water microbiology tests I carried out as a bench analyst, the colony count tests were perhaps the most interesting.

“Also known as ‘total viable count’, ‘standard plate count’ or ‘heterotrophic plate count’, I much prefer the name ‘colony count’ – not only is it the regulatory name for the test it

“Bacteria are single cell microorganisms that divide to grow in number; one divides to make two, then numbers accumulate rapidly 2-4-8-16-32 etc. Given enough time the sheer number of cells is such that the collective mass appears as a visible colony that can be observed and counted.

“Escherichia coli can divide every 20 minutes under laboratory conditions. This means that a single cell will produce a phenomenal 47,000,000,000,000,000,000,000 cells after just 24 hours. Whilst you can’t ordinarily see bacteria, when grown in a clump like this it’s no wonder they can be visualised in the form of a colony.

“The role of the microbiologist is to provide the right nutrients, atmosphere and temperature to allow the bacteria of interest to grow as fast as possible, often in preference to the other bacteria present in the sample.

“Agar is a generic term for the solid nutrient growth media used to grow bacteria which usually all takes place within a petri dish – transparent circular dishes used to culture of microorganisms that you might otherwise remember from school. The variety of agar available corresponds to each of the different bacteria we can grow.

“Drinking water microbiologists continue to use agar and petri dishes to grow bacteria in order to determine their concentration in the sample examined. However, technology seeks to change this century old approach.

“Quantifying the number of microbes in a water sample is not straightforward, even for the most skilled microbiologist. There are two principal concepts which highlight these limitations:

The first is the concept of viability, which, in the context of this article, is the ability of a bacterium to grow (multiply) significantly under laboratory conditions so that a visible colony appears following incubation.

Secondly, that the colony may have been formed from the growth of a single bacterium or a cluster of bacteria.

“These limitations mean that only the viable fraction of the population of bacteria as a whole appear as colonies. The absence of colonies may not therefore necessarily translate to the absence of bacteria in the sample – the reason why test results are often reported as ‘not detected’ and why so many tests are carried out each year.

“Therefore, it is impossible to know the precise number of bacteria in a sample and collectively gives rise to the use of the unit of measure for such tests – ‘colony forming unit’ usually expressed as per unit volume examined.

“Incidentally, this is part of the reason why drinking water safety planning risk assessment is promoted as the best means to ensure supplies are reliably wholesome and safe.

“Anyway, returning to the colony count test and why I find them a little quirky.

“Since 2016 and the amendments to the Water Supply (Water Quality) Regulations, water companies are now only required to test for colony counts at 22°C.

“The standard that water companies must attain is ‘no abnormal change’ and, to my knowledge, no water company has ever contravened this standard. Having said that, as a former DWI Inspector, I know with certainty colony count results are used in the consideration of enforcement action and in this regard water companies use them to monitor and identify changes to long term trends.

“To better identify water quality trends and avoid the limitations of the traditional culture method, water companies have been exploring using state of the art technology[4]. The technology isn’t new but has rather re-materialised in a more accessible format due to the vastly improved capital cost and footprint.

“Flowcytometry, is not reliant on the viability of microbes or the visualisation of colonies but is a direct measurement of the number of bacteria present. The clever part about flow cytometry is that the cells in a sample are streamed past a laser beam in single file scattering the light in a characteristic way. The scatter is measured by a detection and computer system and the cells characterised on a chart.

“This technique has been further enhanced by the use of fluorescent dyes such SYBR Green and Propidium Iodide. When used in combination, water companies are able to count the entire bacterial population and determine the number of viable and damaged bacterial cells.

“This state of the art method provides a much more realistic picture of water quality than the traditional culture method and only takes less than one hour compared to the 24 hours of growth needed for visible colonies to form.

“There is a lot of good work being carried out by the water industry to refine the flow cytometry technology further, including to create better fluorescent markers that would allow us to also identify and count the number of different types of bacteria present.

“Some of the work to create a standardised flow cytometry method is being carried out through the Standing Committee of Analysts[5] and may ultimately lead to a new regulatory standard, like it has been elsewhere around the world.

“Back at home, for now, water companies will continue to utilise the technique to further improve the quality of our drinking water supplies alongside traditional microbiology.”