A new report suggests that introducing competition to the residential retail water market could be worth almost £3bn and prevent water customers being left behind in a retail revolution.

The assessment comes as Ofwat published its report on the costs and benefits of introducing competition to the residential retail water market in England, as requested by the government.

In its assessment, Ofwat stressed the uncertainty in predicting the outcome of opening the market, but has identified a range of potential financial and service benefits.

The financial benefits from opening the market to competition could be worth £2.9bn over 30 years, which amounts to £8 per customer, per year.

Ofwat’s report suggests that reductions in customer bills are possible but likely to be small, especially in the short term. However, it says it could lead to innovation, improved customer service, new offers – including bundling of products such as energy and telecoms with water – and, crucially, give customers the freedom to choose their supplier – ending the final retail monopoly. Customer research suggests that 56% think having choice would be a good thing.

During the review, Ofwat heard from a number of potential new entrants, who can see the opportunity from a new market to provide retail services more efficiently, to offer new products and services, and make customers’ lives easier.

Ofwat’s modelling of potential costs and benefits also identifies possible improvements in water efficiency and in reducing bad debt costs, as retailers get better information about customers and their water use.

Cathryn Ross, Chief Executive of Ofwat, said: “We are living in an age of retail revolution, but water customers are being left behind.

“The service offers from water companies can feel behind the curve compared to the innovation customers benefit from when buying other goods. The uncomfortable truth is that, when it comes to retail offers, water companies provide an analogue service in a digital age.

“Customers tell us they think they should have the freedom to choose and don’t understand why water is the only retail market in which there isn’t some form of competition.

“But, of course, this isn’t a one-way street. There are significant costs to be considered, and it will be important to ensure that customers are treated fairly in a competitive market and that vulnerable customers are protected.”

Water UK said: “Customer satisfaction with the value for money of water services has risen in recent years. Water companies remain intensely focused on delivering continued improvements and are working hard to prepare for next April’s start of retail competition for 1.2 million business customers in England.

“Extending retail competition to over 20 million households could secure potential benefits for domestic customers, but would also be a major undertaking and so deserves to be given very careful consideration.”

The CABV joint venture is involved in the design, construction and commissioning of new water and wastewater treatment and carriage technologies.

CABV will execute projects across Thames Water’s region in London and the Thames Valley and complement the joint venture’s support for the other eight2O partners.

Alongside Thames Water, these include the Skanska, MWH and Balfour Beatty design-build joint venture.

Most of the initial investment has been targeted at schemes with the greatest impact on leakage reduction, flooding and energy efficiency. The latter includes a large-scale combined heat and power programme at wastewater treatment works. 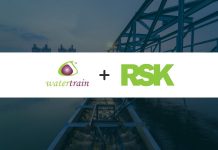 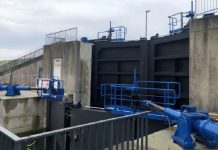 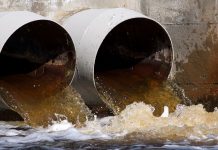