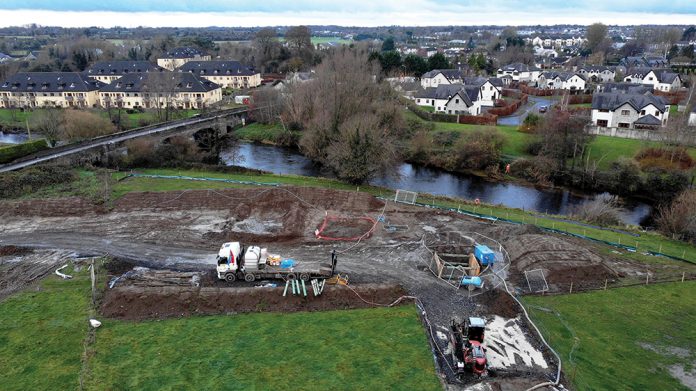 Gmac Utilities Ltd were engaged on an Irish Water project to install a new pumping sewer main from the town of Clane in County Kildare, Ireland. The project is part of the Upper Liffy Valley Sewerage scheme and sees improvements to the Clane wastewater infrastructure. The €38 million project is to replace the wastewater systems throughout the area as they are no longer fit for purpose. This will prevent flooding and overflows during storms and improve the quality of the water in the River Liffy and its tributaries, in compliance with national and EU legislation, in turn this will also be a massive benefit to the flora and fauna that depend on the Liffy habitat.

Part of this upgrade requires the installation of a new pumping sewer main from Clane to Sallins, along the R407 and this is where Gmac came in.

Always ready to undertake a challenge, the task had been declined by other operators due to the complexity of the operation.

Not only did the project require the drilling under the delicate ecosystem of the River Liffy in two locations, 6-8m below the river’s bed, but also had the added hazards of drilling between a number of utilities, asbestos water mains, fibre-optics and gas, running along the R407.

With telecoms fibre-optics and a gas main, along with a 300 asbestos water main on one side, and then another 300 asbestos main on the other, the tasks required the greatest care and attention. Due to the age of the existing mains, accurate plans of their paths were unavailable and the new 355 main being drilled needed to cross the asbestos hazards five times. It was with great care and attention that the shot for the 355 SDR 11 new main was drilled by utilising a skilled crew with accurate drilling techniques.

Using one of their ever faithful Ditch Witch JT40s and the aforementioned skilled team, Gmac drilled in shots of 120-130m to cover the entire 3.5km task, with shots of 135m under the Liffy to ensure the safe depth.

As part of the installation, 6 air valves are also place along the pipe along with 2 scour valves.

The pipe was drilled as a consistent level, almost the same as a gravity main, and terminated in the upgraded pumping station in Clane.

The Gmac team ensured the work was undertaken with minimal environmental disruption and no spills into the sensitive Liffy.

To get a competitive quote for your project, contact GMAC at either
wayne@gmacutilities.com
or any of the contacts below: 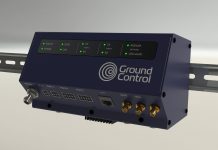 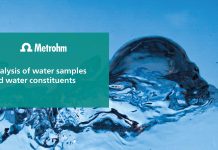 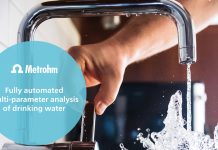