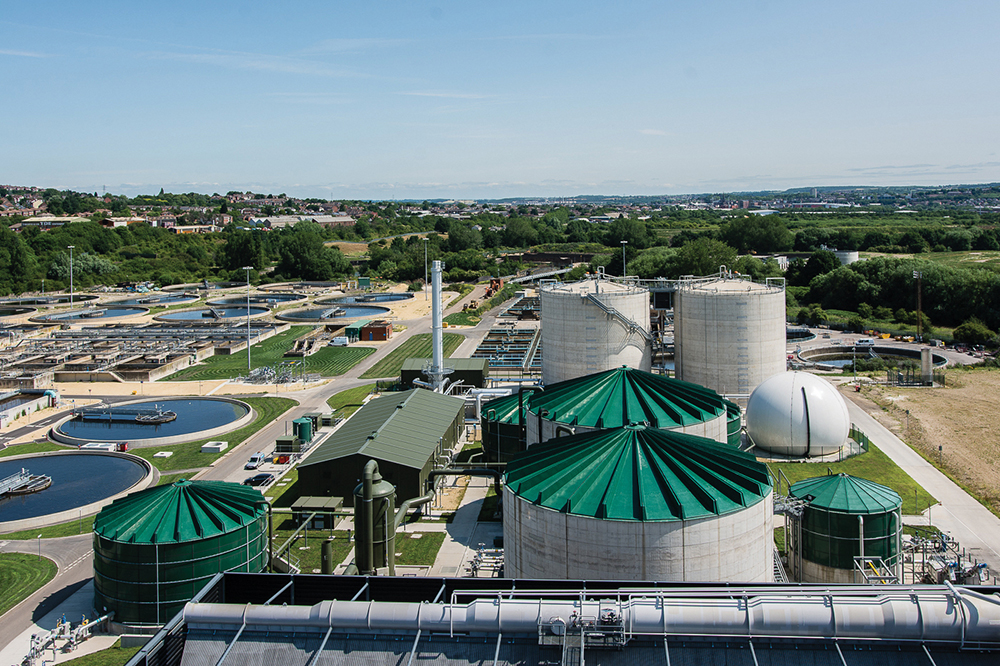 An old sewage sludge incinerator in Brighouse, west Yorkshire, built in 1992 will be demolished to make way for a £57m state-of-the-art facility energy and recycling centre converting human waste into electricity.

The electricity will be used to power Brighouse’s sewage treatment plant, making it self-sufficient, and feed any excess electricity into the national grid to power homes in Calderdale and Kirklees. In total the new self-powered facility will be capable of generating 2.4 megawatts of electricity, which is the equivalent of powering around 5,000 homes per year.

Demolition of the old incinerator has already begin and the symbolic chimney is now being carefully dismantled using a giant crane. The new renewable energy facility will then be built by Murphy Construction.

Yorkshire Water’s communications advisor Mark Allsop said: ‘This scheme supports our commitment to invest in renewable energy and benefit the environment as we look at ways of reducing carbon emissions. Anaerobic digestion is a fantastic technology, heating up sludge to produce a bio-gas which is used to generate electricity. The new facility is expected to be ready to open by mid-2021.”

Investment in this unique type of renewable energy technology has played a leading role in reducing the firm’s carbon footprint, with 18 of its major sewage treatment works each generating electricity from this renewable source.

The new facility at Brighouse will improve the quality of the sludge that is produced, meaning less of it ending up in landfill.

Located off Cooper Bridge Road next to the River Calder, Brighouse sewage treatment works was damaged during the 2015 Boxing Day Floods meaning sludge had to be transported off site to be treated elsewhere.