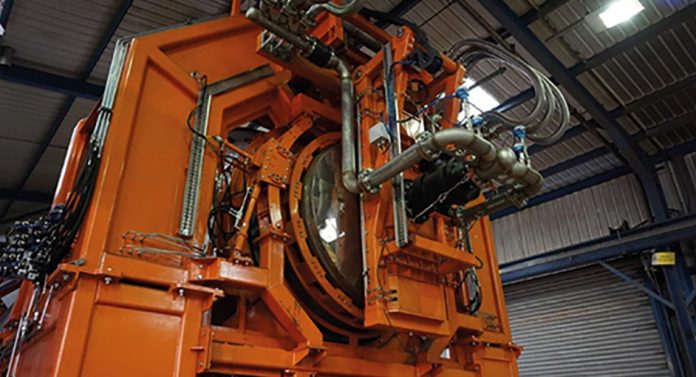 Christian Toll, CEO of AeroThermal, discusses Thermo-Pressure Hydrolysis (TPH) technology and how the business’s milestone in the handling of household and business organic waste could help shape the future of renewable energy.

The target to almost double the provision of energy from renewables in the water industry is critical to the Government’s four energy policy objectives including reducing the use of fossil fuels, securing energy supplies, enabling the UK to be competitive in energy markets and, as renewable technologies become cheaper and more readily available, contribute to ensuring homes are affordably heated.

Among these, biomass stands out as a sustainable all-rounder which can be used to generate biogas and biofuels for use in transport, heat and electricity.

Waste which currently goes to landfill, with its associated environmental and sustainability issues, can be significantly reduced and utilised to generate environmentally friendly fuel, clean recyclables and soil conditioners.

In 2015, AeroThermal published research showing that pre-treating food waste in an autoclave could double the throughput of an anaerobic digester and significantly reduce the amount of ammonia concentrations by denaturing proteins. This has a direct impact on the ability to produce more organic material open to the biodegradation process resulting in higher gas yield, higher methane content and quicker reaction times.

Christian Toll, AeroThermal CEO said: “Our experiments revealed autoclaving had the effect of producing a feedstock for Anaerobic Digestion (AD) allowing stable digestion at very high loading rates, without the addition of trace elements which could be harmful to the environment.”

The significant increases in digester performance were attributed to the denaturing of protein during the autoclaving pre-treatment, which had the effect of reducing the quantity of ammonia generated.

For Mr Toll, the benefits of autoclaves for processing municipal and household waste cannot be underestimated, he said: “For the plant operator, using an autoclave can potentially double the throughput of the plant and in doing so, revenues could double for only a marginal increase in operating costs, since the autoclave predominantly uses waste heat from the Combined Heat and Power (CHP) process.”

Autoclaves easily facilitate the co-processing and blending of different types of waste, since it pasteurises, homogenises and hydrolyses the feedstock in one simple and highly effective process along with the ability to retrofit onto existing plant machinery.

The technology also has the capacity to be used in sewerage processing, Mr Toll said: “With Thermo-Pressure Hydrolysis (TPH) we are opening up the cell structure, breaking down lignin infraction and preparing the organic material so when it goes into AD you get a much faster reaction time and generally a higher release of methane.”

“Textiles and plastics are screened off, while and fats are collected, none of which can go into the AD. These fat bergs and screenings currently go to landfill and this costs millions of pounds. Our process turns the vast majority of these materials into a feedstock suitable for AD.”

While the current focus is on household and municipal wastes, using AeroThermal’s THP technology for sewerage could mean a decrease in disposal costs and an increase in materials going into anaerobic digestion, an uplift in biogas yield and the ability to increase revenues whilst decreasing disposal costs.

AeroThermal’s first commercial scale Thermo-Pressure Hydrolysis (TPH) vessel, based in the Midlands, is onstream processing bio-waste in a first for a renewables company in the UK.

High temperature saturated steam is used while the drum rotates. The cellulosic material is hydrolysed and after the process is complete, the product exits the vessel as a pumpable slurry. This is then separated into the predominant organic fraction which goes into anaerobic digesters, producing high yields of biogas, which is upgraded and injected into the national gas grid.