The multi-billion pound project is being delivered by several teams working together including BYLOR, Balfour Beatty and Kier BAM Joint Venture (KBJV). KBJV’s role is to work on the site preparation and earthworks stages of the project.

A key part of the work carried out by KBJV is the excavation of what is known as the “heat-sink”, the huge area that will eventually contain all the cooling water infrastructure and pump house.

KBJV took up an offer from James McKiver, Strategic Account Manager at Selwood, for a free trial of a Selwood D150 drainer pump. During a period of heavy rain in October 2017, Selwood’s equipment continued to work as normal, without the breakdowns KBJV had experienced in similar conditions in the past.

Following this trial, KBJV turned to Selwood as the main pump supplier, phasing the replacement of the existing on-site pumps with the superior Selwood product.

Following an order of 10 Selwood D Range pumps in December, Selwood developed a close partnership with Kier Bam’s water management team, working in close collaboration on the design, pump positioning and optimal performance in the event of a flooding emergency, something which had occurred during the Christmas shutdown in previous years.

Selwood’s team then worked closely with KBJV to redesign the pipework runs and the positioning of the pumps on site. The first major project was the dewatering of the heat sink for the first reactor unit.

The pumping equipment had to keep up with a potential 45 litres of water a second, pump it up 39 metres to a booster pump, and then on to a water management zone for treatment before discharge. In dry conditions, where only groundwater was being cleared, a series of pumps and pipework carried the water from the heat sink to an onsite treatment plant 1.5km away.

To keep fuel costs down, Selwood developed a pressure sensor for the booster pump which plugged into auto-start terminals on the pumps. This would auto start the booster when water was detected – meaning the pump was only in operation when needed. Similar sensors have been installed on boost pumps around the site that are pumping contaminated groundwater – a far more elegant and safe solution than the previous supplier’s system which used tanks and floats which were regularly overflowing, leading to pollution events.

So far, Selwood’s specialist solutions team has assisted in sizing and calculating flows for more than 50 pumps on site and 54km of pipework. Selwood invested £2million into equipment for Hinkley Point C, manufacturing 30 new pumps especially for the project, and at the peak of the works had 106 pumps on site.

SelWatch, Selwood’s in-house developed remote telemetry technology, ensures equipment can be monitored at all times, with any issues flagged instantly by text message, phone call or email. This has minimised delays caused by flow breakdowns and power failures, assisting KBJV in keeping on schedule.

As well as installing its solutions, Selwood played a key role in providing training to senior members of the KBJV team on technical aspects including flow curves, sweet spots of pump curves, working out friction loss and pipework sizing.

In late January 2019 a major milestone was reached when the platform was formally handed over from KBJV to the Project’s main civil contractor, BYLOR. This allowed the construction of the permanent civil works in the area to begin. The Selwood solution was acknowledged as a vital part of the puzzle in ensuring the works were delivered without penalties for lost time. Upon completion of the heat sink for Unit 1, Selwood’s teams turned their attention to delivering a similar solution for the second unit.

Hinkley Point C is a textbook example of Selwood’s close collaborative relationships with its partners. The project sees Selwood technical support teams, engineers, electricians and a project manager on site 24 hours a day, seven days a week. James McKiver, Strategic Account Manager for Selwood, lived on campus at the Hinkley Point C site for 18 months to ensure a constant presence at the site.

Damion Hopkins, Foreman of the KBJV Water Management Team, said: “Removing the water from a site of this magnitude has been a challenge for the KBJV Water Management Team but it has been crucial in allowing the site to keep on track in all weathers. Working closely with James McKiver and the Selwood team, they have assisted not only with supply but also with their wealth of technical knowledge allowing us to achieve the project’s programmed targets.” 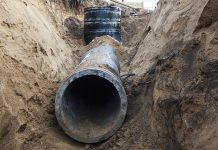 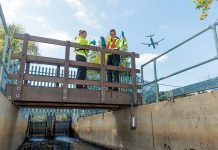 The difficulties of managing a response in the water industry 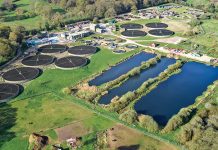 Improving monitoring and wastewater assets to reach Zero Pollutions by 2030