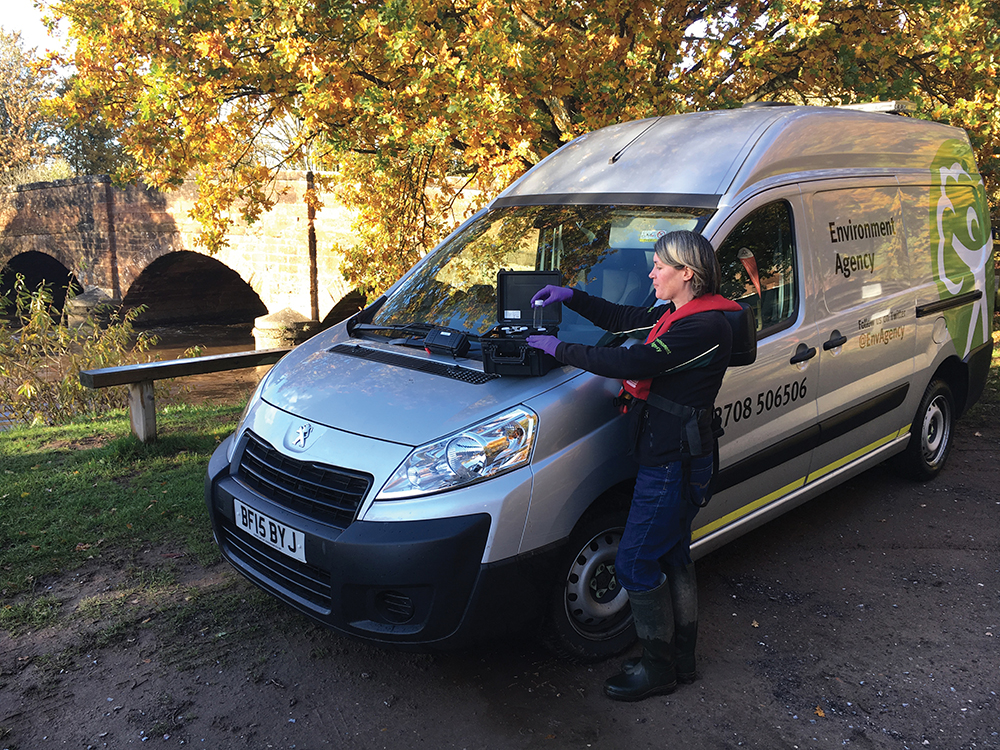 Regulations for the management of bathing water differ around the world but are consistently built around the same criteria: measuring levels of the two key indicator bacteria for detecting faecal contamination: Escherichia coli (E. coli) and Intestinal Enterococci1. The presence of these low-resistance faecal indicator organisms (FIOs) confirms that the water has come into recent contact with faecal matter, and thus, could potentially carry additional dangerous pathogens. Many countries regularly monitor bathing waters for these organisms to ensure that levels of faecal contamination are not high enough to pose an excess risk to bather health, as recommended by the World Health Organization. However, the costs involved in monitoring constrain the agencies responsible to base their quality assessment on few samples collected from a limited number of points during periods of high use.

Traditionally, measuring bacterial concentration requires manual spot sampling, followed by laboratory culture-based methods such as membrane filtration and plating, or most-probable-number (MPN) techniques. Such approved methods involve significant investment with respect to time and resources, and generally take 24 to 72 hours from sampling to result, which is too late for any preventive action such as pro-active beach closures.

Very recently, a new generation of ultra-portable instruments has become available from Fluidion, a French instrumentation manufacturer. The Fluidion ALERT analysers use a novel quantification method that can be applied to both fresh water and seawater samples to provide full quantification results in less than 12 hours2,3. The measurement method is highly specific to viable and culturable E. coli bacteria, providing accurate results that correlate well (r=0.90) over multiple orders of magnitude with laboratory MPN measurements. Rugged weather-proof construction and wireless data transmission are among the features that make ALERT analysers well-suited for actual field work. They are available in two configurations: a portable version (ALERT LAB – a handheld instrument) and an in-situ version (ALERT System – integrating an automatic sampling module). These instruments have been previously used by the UK Environment Agency for tracking microbial pollution at various sites, such as the Scarborough Harbour4.

The UK Environment Agency’s Analysis and Reporting (A&R) team (Devon, Cornwall and Isles of Scilly region) are currently working in collaboration with the Parish Council of Combe Martin and a newly-formed campaign group for water quality investigations of the local bathing site. In conjunction with standard investigation techniques and tools, the Devon Team are utilising Fluidion’s ALERT technology to further understand the bacterial dynamics in the Combe Martin bathing area.

Combe Martin beach has been classified as having poor water quality, meaning that during the 2018 season, the parish council was required to install signage advising against bathing. Understanding the reason for the high pollution content at this beach area was of utmost importance to the parish council and the community at large as a matter of public health concern, thus, a study of the area was undertaken.

Combe Martin is predominantly an agricultural catchment with an element of urban runoff, where the water from this land drains into the river Umber, which further drains straight over the beach. Seawater samples collected at this site often contain significant amounts of freshwater, despite being acquired at points measuring
1 metre depth. Given that the area recorded 101 rainy days during the 2017 summer season, with rainwater washing both agricultural farmland and urban streets, the effects of rain on water quality were quite profound. Deployment of a pumped water quality monitor, supplied by the UK Environment Agency National Laboratory Service team (NLS), recorded unusual patterns of ammonia, triggering further investigation. The Fluidion ALERT LAB field portable devices were then used to provide rapid bacterial measurements for point source identification directly on site.

Combe Martin is situated on the north coast of Devon and microbiological lab analysis is normally carried out in the south of the county, where the logistics for sample delivery and long time to results can make it difficult to trace ephemeral pollution incidents. Recently, by using a handheld ammonia monitor supplied by NLS, the A&R team were able to trace one source of the ammonia to a wildlife park situated on a tributary of the river Umber. Samples of the stream analysed with the ALERT LAB showed E. coli levels between 11,000 and 12,600 bacteria/100ml (roughly 100 times greater than baseline), at times when the stream appears to be flowing clean. As the investigations proceeded, the rapid measurements provided by the ALERT LAB helped the team gain a clearer understanding of discharge regimes from this particular site, with significantly higher bacterial levels expected during wet periods. After positively isolating this pollution source, the Combe Martin investigation by the A&R team will continue by quantifying the effects of septic tank discharges and of dog fouling, both of which are believed to have significant impact on the water quality in the catchment. A side benefit for Combe Martin is the ability to use equipment like this as part of collaborative work with local groups. This allows them first-hand experience of investigative techniques, helping them understand the complex issues involved in protecting bathing waters from multiple intermittent sources and to take ownership of some of these issues.

The A&R team also works in conjunction with the Land and Water teams who are responsible for enforcement actions. An example of this work arose when there was concern from the public about a foul-smelling pipe that was discharging runoff water into a bathing water area. The general consensus had been that the offending smell was the result of rotting seaweed; however, direct analysis with the field portable ALERT LAB showed that in fact the pipe was transporting untreated sewage runoff that would eventually end up directly in the sea. These results prompted a rapid response from the water company working closely with the Land and Water team to investigate the cause and bring a speedy resolution to the incident. By using these newly available measurement techniques, the Environment Agency has been able to rapidly test sites and clearly identify point sources where FIOs are of public concern.

The Fluidion ALERT technology allows the A&R team to react quickly during rain events and effectively trace sources and pathways of contamination. The ability to complete detailed investigations before sources of contamination disappear greatly enhances the chances of isolating and removing sources from the environment. The Environment Agency is also looking at the possibility that such rapid quantification devices could enable faster reopening of bathing waters after closure due to abnormal situations. Currently, when a beach area is closed due to high bacterial levels, it can only be officially reopened after confirmation that the contamination is gone, which requires hand grab samples to be sent to a laboratory for analysis and can take 3-4 days. Confirmation of low FIO levels in bathing water with the ALERT device can be performed directly on site in under 10 hours, providing the necessary data to open up the beach to the public, days earlier. 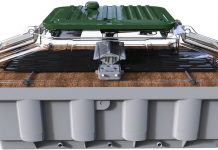 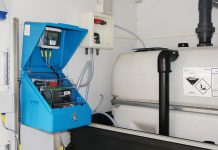 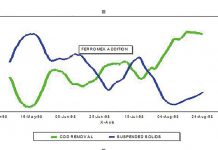