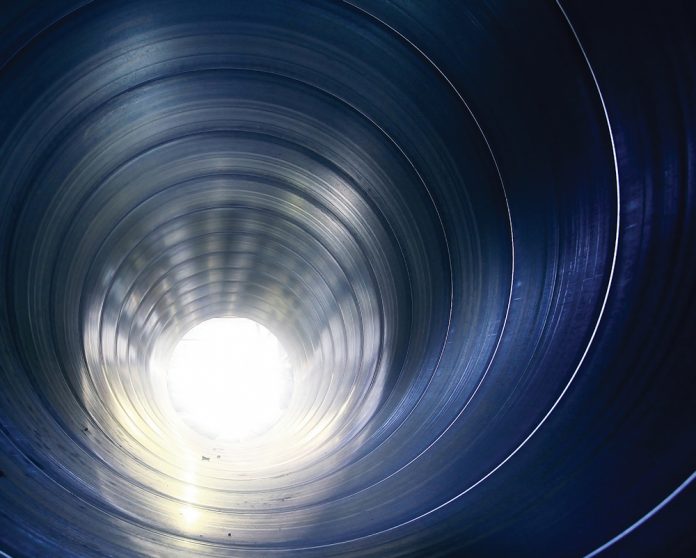 Anglian Water is breaking ground on the largest drinking water grid project the UK has seen for a generation.

The first pipes of the new network are being laid in Lincolnshire, kicking off a project that will ultimately connect the county with the rest of the Anglian Water region, protecting the driest part of the country from running out of water.

It will be the inaugural scheme for Anglian Water’s Strategic Pipeline Alliance (SPA), which will in total create up to 500km of interconnecting pipelines, making it longer than HS2. This long-term project will be crucial in addressing the predicted future imbalance where demand for water greatly outstrips the available resources in the east of England. This is the most fundamental challenge Anglian Water faces in its region, due to the combined impact of a rapidly growing population, climate change and being located in the most water-scarce part of the UK.

The mammoth project is part of Anglian’s Water Resources Management Plan, which looks 25 years ahead to make the East resilient to drought. Without taking this action, the East of England would face a water deficit of 30 million litres a day by 2025. That’s a shortfall of 4,380 Olympic swimming pools of water, every year

This first section of water main will run for 24km between Lincoln and Ancaster. It will eventually connect with future pipelines to bring water from the north of Lincoln to communities around Grantham.

Ultimately, these new strategic water mains will take water to the south and east of the region, where it is less readily available. The new pipeline will also strengthen local resilience by reducing the number of homes and businesses which rely on a single water source.

CEO for Anglian Water, Peter Simpson said: “Two years ago, Sir James Bevan, Chair of the Environment Agency, spoke of the ‘jaws of death’ for water supply – the point at which, unless we took action to change things, there would not be enough water available to meet our needs in 25 years.

“The reality is even more stark in the East of England. We operate in the driest part of the country, and receive a third less rainfall than anywhere else in the UK, but are also one of the fastest growing regions, with 175,000 new homes to be built in the next five years. Without action we will face a water deficit of millions of litres a day within the next five years – let alone 25 years.

“Our SPA programme is a major part of how we will address this problem, and will ensure we can keep taps running for our customers, and as importantly, without having a detrimental impact on the environment. Water transfer is not new, but something of this scale hasn’t been attempted for generations in the UK.

“But this is just one part of the answer to the significant challenges we face – we’re also committed to driving down leakage to world-leading low-levels, and managing the demand for water through installing 1.1 million smart meters by 2025, so our customers can understand their usage better, and work with us to decrease their consumption.”

As a business with environmental and social purpose at its core, Anglian applies green thinking to every aspect of its capital programme. SPA will make use of the latest technology, some never used before in the UK, each one designed to reduce the carbon footprint and any environmental impact associated with the scheme delivery:

As part of the water company’s commitment to reach net zero carbon by 2030 Anglian has already reduced the embodied carbon of its infrastructure projects by 61% since 2010.

Peter added: “Our commitment to protecting the environment is as vital as securing customer supplies. SPA will help meet our targets to reduce the amount of water we take from the environment by 84 million litres a day, but our infrastructure needs to be sustainable too.

“Climate change isn’t just a risk in terms of the challenges it poses us, it is also an opportunity to challenge established practice and to do things differently and more efficiently, for wider gain. This scheme is an excellent example how we’re doing both for the long-term benefit of our region.”