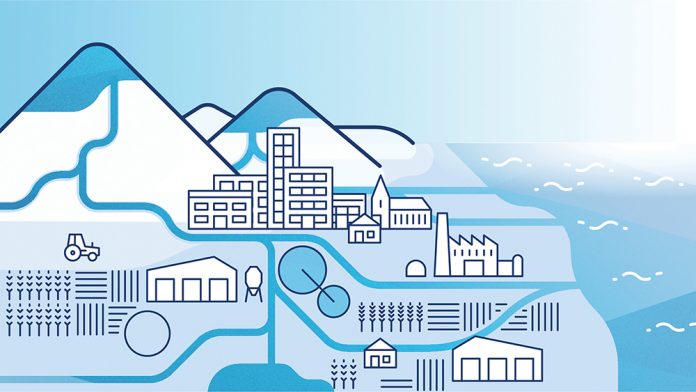 With so much of our most precious resource simply thrown away… how can we collectively re-evaluate, recycle and re-use our ‘waste’ water more effectively?

Interest in moving towards a “circular economy” has grown significantly in recent years – for instance, the number of academic papers on the subject has tripled since the beginning of the decade. The Ellen MacArthur Foundation states that a circular economy is “restorative and regenerative by design, and aims to keep products, components, and materials at their highest utility and value at all times”. But while the concept of a circular economy is increasingly well established, in terms of practical implementation, it remains largely in its infancy in many sectors. Technological advances have certainly accelerated the adoption of more circular systems, particularly in materials recycling, but numerous hurdles still exist. Some people now suggest that the principle barriers to achieving a circular economy are not technological, but social.

For the water and wastewater sector, a circular economy means ensuring that we can realise as much value as possible from water and (by extension) wastewater before it’s finally returned to the environment. This implies using treated drinking water (highest value) as efficiently as possible, as well as reusing and recycling water for multiple purposes. It also implies making use of the wealth of potentially recoverable resources in wastewater – such as organic material, inorganic nutrients (nitrogen and phosphorus), biogas, heat, cellulose, biopolymers, metals, and even proteins.

The idea of extracting value from human waste is not new. For as long as human settlements have been producing faeces and urine in large quantities, societies have found uses for it, whether as fertiliser, fuel, or for manufacturing processes like tanning leather. But those uses often came with severe health consequences. The advent of the modern sewage system, together with the flushing toilet, helped to revolutionise urban health in the industrialised world. Later on, sewage systems also became increasingly used as vectors for managing rainwater. However, while such systems have become critical components of public health and flood protection infrastructure, they have also served to perpetuate a particular way of thinking about wastewater.

Sir Joseph Bazalgette, civil engineer and architect of London’s modern sewage system in the 19th century, famously stated that the primary principle behind his system’s design was that of “diverting the cause of mischief to a locality where it can do no mischief”. His statement is illustrative of what was becoming an entrenched view of sewage – that it was, first and foremost, a cause of mischief, to be diverted away from human contact, predominantly unseen and untouched. In the developed world, that view of sewage is now built into the architecture of our homes and communities. It is built into the regulatory frameworks that govern how sewage is collected, treated and disposed of. It is even built into the term ‘wastewater’, in which the word ‘waste’ is firmly embedded.

If we are to realise a circular economy in the water and wastewater sector, it will require more than technological development. Our mentality, our way of thinking at a societal level, needs to be challenged – in essence, we need to take the ‘waste’ out of wastewater. However, while it may sound intuitively simple, this can be quite a challenge due to the complex psychology involved. Research in this area has discovered that people can have emotional responses to the idea of recycled water, stemming from a feeling of “magical contamination” – this can make people unable to completely divorce the final product (recycled water) from its contaminated source (human excreta) despite the fact that, scientifically, no trace of that original contamination may exist. Moreover, these emotional reactions are generally pre-cognitive, meaning they occur before any rational information processing, and without individuals necessarily being aware of them. That means they can potentially shape how any rational information about the subject is then processed.

What this implies is that shifting a societal mind-set around wastewater cannot be accomplished solely through rational means such as improving public awareness and knowledge of water recycling and resource recovery. Instead, it is perhaps best viewed as an overall, long-term process of building and shaping a positive narrative around the subject. Such a process would necessarily include some basic information provision and knowledge transfer activities. But narrative building implies a much more holistic approach with a broad range of engagement styles and mechanisms, which can appeal to emotional reactions as well as rational ones. This includes experiential activities, that give people the chance to see and touch and (perhaps) taste recycled water and other materials recovered from wastewater. Examples of these activities include open doors events at demonstration sites; using recovered cellulose (toilet paper) in paving materials for cycle lanes; and using recycled water to brew beer and coffee. Narrative building can even involve subtle changes in the use of language – such as Anglian Water’s decision to relabel all of their ‘wastewater treatment’ plants as ‘water recycling’ facilities. Such nudges may appear small, but in combination with other mechanisms, they could help to generate much larger shifts in thinking over time.

Research projects around circular systems, such as NextGen and SMART-Plant, are making great strides in advancing technological development for water recycling and resource recovery. But they are also increasingly delving into the economy side of the circular economy, and trying to develop a better understanding of the processes through which products and materials recovered from wastewater can become more financially, politically and socially acceptable. In many cases, recovering such resources can have multiple benefits for all stakeholders. For instance, recovering phosphorus (e.g. through struvite precipitation) can improve the operation of treatment processes, help reduce environmental impacts from effluent discharge into receiving water bodies, and provide a renewable supply for what is otherwise an intensively mined and increasingly scarce global resource. However, despite these benefits, the uptake of such processes can be hindered by concerns over their economic feasibility, which is linked to fears of market aversion to the use of such recovered products, and uncertainty around policy and regulatory frameworks.

NextGen demonstrates different circular technologies for the water and wastewater sector across ten different sites in Europe. In the Netherlands, they are using engineered ecosystems to treat and reuse wastewater from a brewery. In the UK, they are working on enhancing biogas production from wastewater treatment for energy recovery. The project is also demonstrating a portable sewage mining unit in Greece, which extracts and treats raw wastewater for use in irrigating public parks. The project is helping to refine and advance the technologies while also showcasing their potential on a bigger, more commercial stage. A key part of its ambition is to use the sites to develop a range of experiential engagement activities – from visitor centres, to stakeholder workshops, to the use of augmented reality – in order to better explore the impacts of such efforts.

The United Nations has reported that two-thirds of the global population already lives in areas that experience water scarcity for at least one month of the year, and with the twin trends of climate change and rising demand, that figure is set to increase. At the same time, it is estimated that 80% of the wastewater produced worldwide is discharged to the environment without sufficient (or indeed any) treatment. Circular economy solutions can provide a means of addressing both problems, but only if we truly understand the social side of the challenge as well as the technological side. 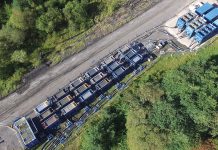 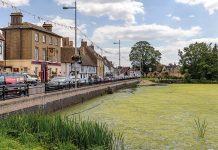 Waste away: action against phosphorus removal 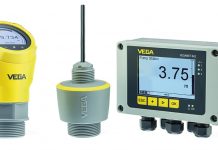