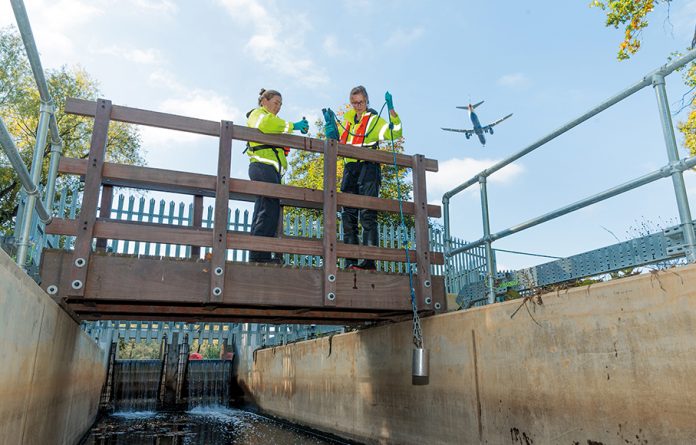 Managing a response for water companies can be fraught with an assortment of complications and considerations.  Here, Chris Ramsbottom, Head of Operational and Technical Support in Adler and Allan’s environmental consultancy division, takes a look at the issues a spillage can throw at those tasked with its containment and clean-up

Some of the many difficulties when responding to an incident for the water industry chime with the reputational challenges facing the utilities.

There seems to be increasing concern among the public about water companies, who can be perceived as being supported by billpayers and government subsidies, alongside a focus on ‘bad news stories’.

The truth is that they must fulfil a range of important services, including providing clean drinking water and dealing with wastewater, having taken over ageing infrastructure that was out-of-date and overworked when the sector was privatised in 1989.

Water companies have made huge advances since then, including improvements in the quality of the drinking water supply, water courses and beaches as well as driving efficiencies in handling waste waters. Prior to privatisation, the water industry had been neglected and there was, quite simply, no effective national environmental agenda.

Many rivers, which were considered to be biologically dead waterways, are now flourishing ecosystems. They have seen a return to pre-industrialised biodiversity, hallmarked by re-colonisation with animals, including otters and sensitive fish species, and with many plants that were absent for decades.

However, despite programmes of continual infrastructure improvement, legacy issues mean that burst pipes, leaks and wrongly connected pipework do occur. And these can lead to contamination by sewage that should be kept out of our natural water courses.

Looking to the future, there is increasing focus on the environmental impacts of water companies’ operations. In preparation for AMP7, the PR19 draft determinations published in July 2019 highlight an expected 34% reduction in pollution incidents in England by 2024-25. The figure is expected to be 37% in Wales.

What are the challenges?

One major challenge is to accurately assess the impact of an incident.

Different systems are in use in different regions of the UK but for example in England the Environment Agency uses the Common Incident Classification Scheme (CICS) to classify the impacts or effects of pollution incidents.  The scheme ranges from Category 4 (no impact) to Category 3 (minor or minimal impact), Category 2 (significant) and ultimately Category 1 (major, serious, persistent and/or extensive).

Under the scheme any spillage or discharge of noxious, poisonous or polluting matter to surface waters or groundwater is presumed by the regulator to have an impact (i.e. at least a Category 3) and it is the responsibility of the operator to prove otherwise.  In certain circumstances Category 2 may be assumed, for example a release of sewage causing a beach to be closed or partially closed.

Of course, it is imperative to quickly establish the true picture since, should an incident prove to be more severe, an efficient emergency clean-up response can swing into action to prevent widespread, lasting harm.

The inherited problems associated with ageing infrastructure are acknowledged, however, recent events suggest that there is a growing appetite for penalising companies with increasingly larger fines and firms may also be prosecuted if the clean-up operation can’t restore an ecosystem to its natural state. Aside from the environmental and financial implications, the reputations of those involved and the sector as a whole can be harmed.

Fortunately, when our technicians are called in to investigate, their samples often reveal that a spill is actually far less serious than initially feared and an accurate risk assessment dials it back to the true Category.

We can coordinate the wider response. Given the intense scrutiny that the water utilities are under, an essential element of the mix when doing so is transparency and effective communications. Emergency response organisations like ours must have utmost sensitivity to the public’s concerns about spill incidents, especially those of nearby residents and businesses and other employers.

Conscious that our visibility on the ground makes us the water company’s ambassador, there must always be a willingness to engage and inform individuals, organisations and the media alike.

Local stakeholders are important, and they are entitled to know all about a pollution incident on their patch, how it is being tackled and how impact has been minimised. We must also be able to advise fully on clients’ specific spill prevention measures and the general risk reduction programmes undertaken.

Another challenge is that we never know where or when an incident will happen. It is possible to estimate how many might occur in a year by studying previous rates and factoring in the extent of improvements made recently, then marshal sufficient resources as a result, but real life always throws up the unexpected.

The speed of response is critical to containing and minimising the impacts of an incident and so we must have sufficient, suitably capable, fully equipped teams on constant standby distributed across the UK to respond safely to any incident nationwide. Considering that access to water courses isn’t always easy and incidents can occur in remote areas, as well as in locations with good transport links, this is a daunting enterprise.

A key part of a fast response is quick notification and the challenge here is for water companies and other stakeholders to have reliance on a system that enables rapid notification. Notifying the responder directly will minimise delay.

At a spill site, we must quickly establish the impacts of the incident including the source of the pollution, how it got there and where it’s going. This complex task can involve liaising with multiple different authorities, regulators, neighbours and other stakeholders and it isn’t always immediately clear who all these should be. Invariably we are the first line of contact.

Navigating all these groups and the attendant regulations they (and thus, we) must adhere to in the tracing, containment and clean-up, must be done properly and speedily. This is helped by our well-established relationships with all agencies and the credibility we benefit from as a result.

An indication of the effectiveness of our approach is that we have dealt with thousands of incidents in the water industry as first responder without a single client being prosecuted.

A proactive spend is always lower than a reactive one

There are numerous challenges involved in managing water incident responses, but none are insurmountable and having a good support network is critical.

Naturally, it would be better not to have incidents in the first place. Proactive environmental risk management surveys can anticipate what could cause a future incident, what could be harmed and how, and what mitigation measures may help to prevent the incident from occurring. But should an incident still happen, we will be more familiar with the location and its surroundings.

While the total avoidance of incidents can never be guaranteed, a proactive spend is always lower than a reactive one, even before you factor in reputational costs, insurance premium hikes and financial levies imposed by regulators.

Adler and Allan is the UK’s largest spill response organisation with a comprehensive range of services for every emergency. Providing emergency cover 24 hours a day, 365 days a year, we have brought together a number of specialisms for the water industry under our refreshed brand, including environmental risk assessment audits.

As the market-leading environmental risk reduction and clean-up specialist, the utilities and their partners can rest assured that our knowledge of them and their sector makes us an indispensable partner for completely resolving any incident fast, without compromises.