A wind turbine at the Swansea Bay Waste Water Treatment Works is helping Welsh Water to reduce its carbon footprint by creating its own renewable energy on site.

The turbine, which stands at 77 metres at its highest point and has a rotor diameter of 54 metres, is capable of generating 1,922 megawatt hours per year which is enough to meet 27% of the energy the treatment works needs to operate – or enough electricity to power 589 households a year.

Welsh Water’s Head of Energy, Mike Pedley, said: “With an annual energy bill of £43 million, we have been looking at ways to generate electricity on our sites so that we can reduce our carbon footprint and the cost of importing energy.

“We’ve significantly increased the amount of energy we generate on our sites over the past few years by embracing technologies such as solar panels, hydro turbines and gas-to-grid plants to our portfolio of renewable technologies, but the turbine at Swansea is our first wind generation site.

“The energy created by the turbine will not only reduce our carbon footprint, but will also benefit our customers by reducing our overall operating costs so that we can keep bills low.”

Welsh Water has increased the amount of energy it has generated on their sites in recent years, up from just 6GWh in 2007-08 to nearly 100GWh now – enough to power nearly 20,000 homes 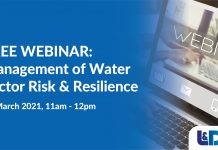 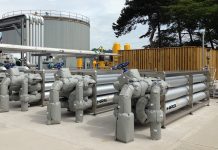 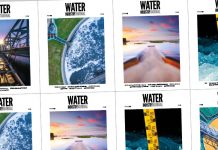