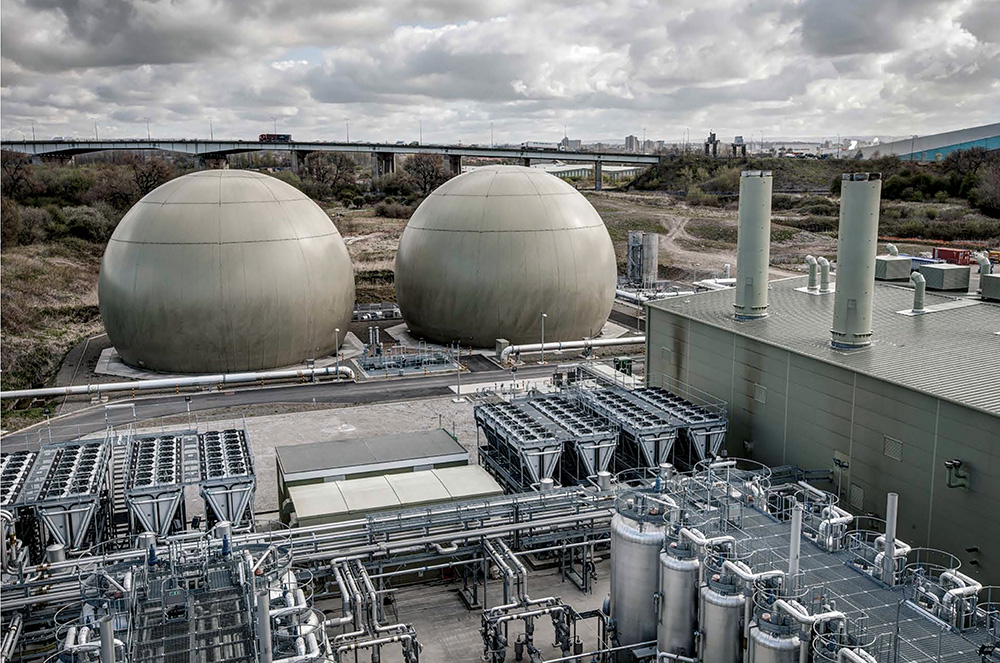 Charlotte Morton, Chief Executive of the Anaerobic Digestion & Bioresources Association, outlines the latest developments in the wastewater AD industry and sets out what government needs to do to help the sector meet a range of policy goals.

Where are we today?

Anaerobic digestion (AD) has been at the heart of sludge treatment in the UK since the building of the first plants to treat sewage in the late 1980s. Recycling energy-rich sludge through AD allows water companies to turn wastewater into renewable heat and power, low-carbon transport fuel, and nutrient-rich biofertiliser.

With the water industry consuming 2-3% of all power in the UK, AD offers water companies a way to generate their own energy while reducing odours from sewage and reducing the UK’s greenhouse gas emissions. Digestate biofertiliser from AD has the potential to displace 400,000 tonnes of CO2 and reduce imports of artificial, fossil-fuel-based fertilisers by around £150m, as well as helping to restore vital nutrients and organic matter to soil.

In the UK, around 1.5 million tonnes of dry sludge and 25-30 million tonnes of wet sludge is currently recycled through AD, equating to 84% of all sludge. More than 160 sewage AD plants across the UK treat this waste, with a total capacity of 234 MW electrical-equivalent. While the installed theoretical capacity of UK sewage AD plants has grown by just 9% since 2012, electricity output from sewage biogas has risen from just less than 800 GWh per year in 2012 to over 1 TWh per year in 2017, an astounding rise of 43% in just five years.

There has also been a marked rise in the number of gas-to-grid sewage AD plants since the Renewable Heat Incentive (RHI) was introduced in 2011. While additions to the nine existing gas-to-grid sewage AD plants are expected now that higher RHI tariff levels have been restored and Tariff Guarantees introduced, the lack of certainty around renewable heat support beyond 2020 means it is unclear how this section of the market will develop.

While excellent progress has been made in recent years in recycling sewage sludge through AD, there’s still a long way to go to optimise processes. Because so many sewage treatment plants are still using infrastructure that can be decades old, the industry is now focusing on doing more with existing technologies, future-proofing its assets without having to spend a huge amount of money on building new plants.

The result of this is that an increasing number of water companies both in the UK and globally are turning to advanced AD in the form of retrofittable pre-treatment technologies such as enzymic or thermal hydrolysis. By making sludge more digestible, these technologies allow plants to generate more energy more quickly and produce a higher quality of digestate. The waste stream produced by pre-treatment separation technologies can also be further treated to clean and dewater the material, reducing disposal volumes and costs. We estimate that with more use of advanced AD, electricity output from sewage biogas could increase to as much as 1.6 TWh per year.

Implementing such technologies, however, is not straightforward: the cost of pre-treatment technologies can vary significantly according to the type of technology being used and the specific conditions of the AD site. Finding the right balance between the energy input needed to run these technologies and the energy output that they deliver is also a delicate balance.

The increased efficiency of advanced AD processes can also have the unintended consequence of causing as much as 50% of digestion capacity to be taken offline due to reduced demand, which in turn leads to unused or under-utilised capacity. With technology getting better and smaller and the costs of long-distance haulage becoming increasingly difficult to bear, some plants are therefore scaling down their operations, challenging traditional notions of economies of scale.

Another potential opportunity for the industry is Ofwat’s Water 2020 programme, which is designed to promote free markets between water companies and the commercial biowaste sector. While the water industry has the largest AD asset base in the UK, it has until now only been able to use this for treating sewage sludge.

Ofwat’s aim in opening up the wastewater market is to allow third parties to enter the market to improve competition and bring down costs for consumers, particularly through co-digestion of sewage and other AD feedstocks such as food waste. The UK is one of the few countries where food waste isn’t currently mixed with wastewater for AD treatment. There are a number of potential efficiencies to be made by allowing co-digestion; for example, if sludge was able to be treated in food waste AD plants, this could reduce the distance between where sewage sludge is produced and where it is treated, which is currently often up to 50 km.

However, different existing regulations for wastewater and commercial AD plants and the costs of complying with these make co-digestion difficult and expensive, with operators having to balance the marginal gains with the risks involved. For example, sludge is not an eligible feedstock for AD plants claiming the Feed-In Tariff for renewable electricity generation, and digestate containing sludge is not currently eligible to be approved under the PAS 110 quality specification.

Other discrepancies between the two industries are also proving difficult to overcome. Sewage sludge has a low biogas yield compared to food waste, while gate fees are often too high for sewage sludge to go into food waste plants. There are also different pre-treatment processes for the two feedstocks, as well as potentially increased costs on water bills (as much as £300 per tonne of food waste per year) if food waste was to be processed through sewers. Along with regulations, these are issues that will need to be resolved before co-digestion can become a profitable business opportunity.

Given the often significant differences in make-up of AD plants in and outside of the sewage sector, the effects of Water 2020 are likely to vary hugely from plant to plant, with the result that many water companies and AD operators outside the water sector have so far been guarded in their reaction to Ofwat’s planned changes. The extent to which companies outside the wastewater sector will look to enter the sewage market and the difference this will make a difference to cost are not yet clear.

What does the future hold?

With the UK population forecast to hit 75 million by 2100, it’s clear that the demand for wastewater services will only increase, which should bring more market opportunities.

And with more than 80 per cent of global wastewater resulting from human activities currently being discharged into rivers or sea without any pollution removal and 1.8 billion people using a faecally contaminated water source worldwide, there are also huge opportunities for the world-leading UK sewage AD industry to help relieve these pressures through exporting its technology and expertise.

But back here in the UK, as we look to enter a new era for wastewater bioresources, what the sector really needs is clear and joined-up thinking from regulators and government departments that will support sewage AD in meeting a range of policy goals, from reducing greenhouse gas emissions through to generating renewable energy and restoring soil health. Only through this joined-up thinking can opportunities such as Water 2020 and co-digestion be fully exploited and their benefits fully realised.