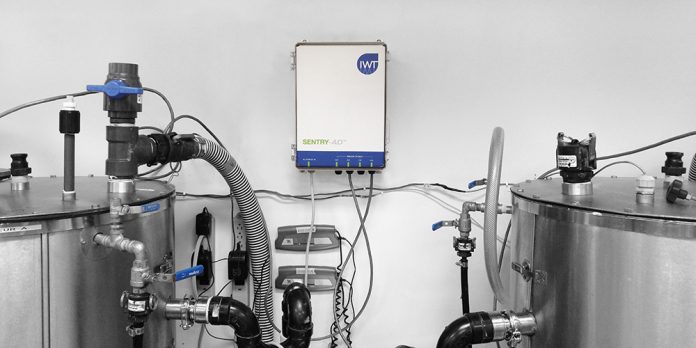 To make timely decisions and prevent performance issues users need to have instant information; knowing the current overall health of the biology, identifying imbalance events and managing toxic shock as it happens are normally not possible. However, an invention by a Canadian company, Island Water Technologies, to monitor water treatment systems has made measuring real time microbial activity a reality.

A bio-electrochemical sensor was developed to measure metabolic activity in real time. A type of bacteria that use metal deposits as electron sinks during consumption of organic material is combined with an electrode system resulting in a sensor capable of producing an electrical signal that changes in response to microbial activity. This signal is direct biological data used to understand the biological process efficiency and resulting system performance.

To demonstrate the effectiveness of the sensor technology (SENTRY) a system with 2 sensors was installed in two duplicate ADs processing waste activated sludge (WAS) at the National Center in Electrochemistry and Environmental Technologies (CNETE) testing facility in Quebec, Canada. A pre-treatment step to the WAS fed into reactor B was started, keeping reactor A on the non-pretreated WAS, and the differences between the systems were analysed using the sensor system.

The sensors measure Microbial Electron Transfer (MET), which is an instantaneous measurement of microbial activity in the wastewater. In higher strength wastewater streams this MET measurement correlates well with Volatile Fatty Acid (VFA) and information can be used to predict fluctuating concentrations over time.

CNETE tested the composition of the influent and reactors weekly and sampled the biogas several times a week.

The data from the sensor is accessible via an online dashboard. In Figure 2 below the data is shown from the SENTRY dashboard for probe CN2 (reactor A – no pre-treatment) and CN4 (reactor B – with pre-treatment) from July 4th to July 18th.

Both reactors were monitored from the 14th June to 17th July and figures 3 and 4 below summarise the SENTRY sensor data collected over both reactors.

Reactor A shows the change in microbial activity in each batch feed cycle. There is a clear start and end to each cycle with a return to baseline activity between each cycle. Reactor B does not return to baseline between each feeding. The greater microbial activity seen in the data shows that the pre-treatment of the feed solution has increased the presence of bio-available organics.

Biogas production was 22.9% higher in reactor B and the MET values, averaged over the entire study period, shows Reactor B has 3 times higher average MET than reactor A.

Output from the SENTRY microbial activity sensor (figure 6) was demonstrated to be strongly correlated to biogas production from the test and control AD reactors. The sensors were a key tool in understanding both the impact of pre-treatment on the suitability of the waste organics for AD processing and optimising feeding cycles to maximize utilisation of bio-available organics.

The pre-treatment increased the bio-available carbon in the wastewater stream and was accounted for with a 22.9% increase in biogas production. The sensor output for test and control systems correlated the increased production but also allowed operators to view in real-time the impact of feeding cycles.

The sensor is demonstrated to be a key tool in understanding the conditions in test and control AD systems. For continuing anaerobic digestion activities the sensor can be applied to characterising the impact of pre-treatment on influent wastewater streams, providing correlations to real-time biogas production and optimising feed cycle times to ensure removal of bio-available carbon. 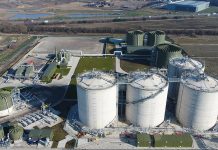 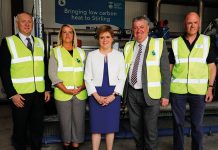 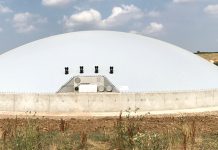 Optimisation of plant, operations and outputs of the AD, biogas & biomethane & WWTP industries