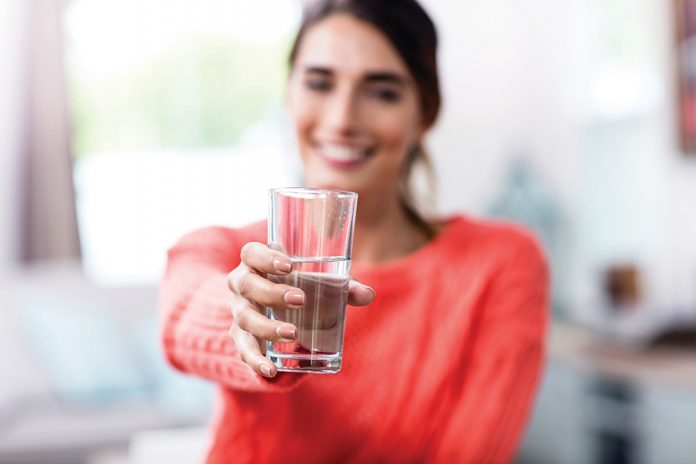 Discolouration complaints occur when flow changes disturb iron deposits within the distribution system. Historically it was thought that unlined cast iron pipes were the main source of this material, along with accumulation of the low levels of iron leaving the water treatment works (WTW). However, analysis of both of these factors fails to account for the significant differences in the level of discolouration complaints across our network.

Traditionally discolouration complaints have been managed by cleaning and flushing hot-spot complaint areas. This is a labour-intensive process, so when Derek Clucas (Aquinta Consulting Ltd) contacted us about a novel approach for reducing the incidence of discolouration in the distribution network, we were keen to investigate further.

Derek showed us a link between very low levels of manganese leaving the WTW and an increased risk of discolouration at customers’ taps. We looked at our own data and found a similar correlation. The levels of manganese were too low to cause discolouration in isolation but Derek’s hypothesis was that manganese catalyses the build-up of iron deposits in the network, and more interestingly, the removal of manganese results in the gradual dissipation of the manganese deposits without the need for manual flushing operations.

To test this hypothesis we wanted to reduce manganese leaving our WTW and see if there was a corresponding reduction in complaints. To achieve this we identified the main inputs and removal processes for manganese at our works and in the distribution network.

However, this has only been installed at sites with very high levels of manganese. Retrofitting this to our other WTW would require significant capital investment, so we investigated whether manganese removal could be effective on a single stage filtration process.

Surprisingly, our investigation showed that the main source of manganese was not the raw water but the addition of iron-based coagulants, and in some cases the addition of lime for pH correction. We also found that we were achieving a good level of manganese removal with single stage filtration, but there were still opportunities to optimise the process.

We conducted pilot plant trials over several months to help us understand the relationship between the variables involved in manganese removal (oxidant residual, the level of catalytic coating, pH and contact time). This confirmed the conditions needed for good manganese removal were as described below:

However, these variables could be affected by factors such as the degree of catalytic coating and backwash regime.

We also discovered that the build-up of a catalytic coating on new media can take more than a year if the chemical conditions are not optimal. Under optimal conditions, good manganese removal can be achieved within 2 weeks. However the process is not robust and requires optimal conditions to be maintained.

Other sources of manganese

Further down the process, we discovered that we were adding in the final stages of treatment by adding lime for pH correction. We investigated a range of sources of lime and were able to identify sources of lime with a lower manganese content. This enabled us to significantly reduce the amount of manganese in the final water and so in the network. At one site this equated to a reduction of 2µg/L

The relationship between manganese and complaints

The next step was to evaluate the impact of reduced final water manganese levels on customer discolouration complaints. This data analysis was complex and rigorous, with data analysts working closely with research staff to rule in or rule out data points from the analysis. This was crucial as the distribution network is complex and in continual flux, but ensuring we had the correct data was critical to this analysis.

We analysed the impact of our reduction in manganese at four WTW in areas not affected by any other improvement activities such as targeted cleaning and flushing.

The final analysis showed a significant benefit from reducing manganese to below levels not previously thought to cause complaints. The magnitude of this benefit was surprising and confirmed the hypothesis that manganese catalyses the build-up of iron in the network and increases the incidence of discolouration complaints:

To ensure benefits are sustained, the focus on improved manganese removal has been embedded as a ‘business as usual’ activity. Our Water Quality Process Team collects data weekly and uses operational control charts to monitor change and push for the lowest possible manganese levels on our WTWs final water. Over the last two years this has resulted in 40% reduction in manganese entering the Severn Trent Water distribution network (this equates to over 300kg manganese). The benefit from this activity has been improved customer satisfaction and the estimated avoidance of more than 2,000 discolouration complaints per year.

The focus in Severn Trent Water continues to be on minimising manganese leaving the WTW, and providing the best possible quality water to our customers. 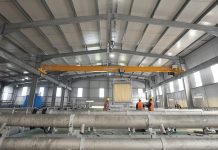 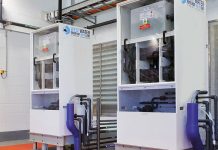 The hidden benefits of electrochlorination 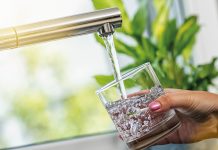